I just learned of a dear friend’s tragic passing, so unbelievably sad. It reminds me that life is a fragile thing, far too precious to waste. For this reason we must live every day, truly live, so that when that inevitable day comes we will not be caught with unfulfilled dreams. Dianna lived to her fullest in every moment. I have never met a person more alive. She will always inspire me to live life like that.

There’s not much I can do when a dear friend is lost, but I feel inspired today to record a few of my favorite memories of Dianna. They will live on with me for life.

I first met Dianna at pre-season ski instructor training at Mt Baker. A core group of us newbies quickly formed, including James, Max, and Barbara. We carpooled to the mountains most days. Unable to contain her excitement, Dianna would always convince us to get up way early and be the first instructors at the mountain. We spent the morning playing in the new snow, doing acrobatics in ski boots, setting up pranks for the other instructors, or causing some kind of ruckus. To Dianna, everything was a game, and you never knew what was coming next. The only guarantee in hanging out with her is there is never a dull moment unless she’s preparing a surprise attack. Dianna was the kind of person who might dive tackle you at any moment, hit you in the face with a snowball, do a flip over your head, or give you a giant hug. She wore a fuzzy hat with cat ears, and dressed up in animal masks whenever possible. She loved animals and loathed children, but I guess she just had more fun bringing the kid out in adults.

I spent New Years 2009 with Dianna and Max. It was a crazy night. We ended up at a house party with a stripper pole in the middle of the room. While most people were standing around talking and getting drunk, Dianna started pole dancing in a room full of strangers. Of course she was upside down spinning in circles in no time, whipping around the pole at dizzying speeds, and convincing as many people as she could to join in the fun. To her, restraint was never an option worth considering.

Of course we had many good times skiing at Baker, but one early season session in the natural halfpipe was particularly memorable. Dianna, James, Arielle and I spent the afternoon attempting handplants on the steep walls of the natty, then doing polish bagels and wormrolls on the groomers. Dianna was of course the least afraid of us to fall or get snow up her jacket. She loved rolling around in the snow and getting others to join in with her.

And then there was the epic party at Dianna’s where she entertained us by launching toilet paper rolls out of a water balloon slingshot from her balcony, sending streamers over passing cars. That night also featured many flips over random objects such as couches. Dianna was a gymnast and she didn’t hesitate to do a flip off of anything or nothing. She also had the ability to absorb brutal crashes of all sorts with her body somehow coming out unscathed and laughing. So she frequently used her body as a missile. She gave me a good surprise that night when I was standing next to the kitchen table. She came flying full speed head first through the open window from the balcony into the apartment, sliding across the table into a group of people. You just never knew what would happen next. When I asked her about the homemade alligator mask hanging on her wall, carefully crafted from cardboard and wrapped in aluminum foil, she casually explained it’s what she liked to wear when having sex. Somehow I don’t doubt it, lol. She made sure everyone around her was on a constant adventure. Laughter, fun, shock, and awe were inevitable and constant in her presence.

Dianna knew exactly what she wanted to do, and it suited her personality perfectly. She trained exotic cats, the bigger the better. Tragically, the career she loved is what took her life. I’m confident in her short years that she lived a fuller life than most people ever achieve. I remain inspired by Dianna’s quest to fill every moment with adventure, spontaneity, and laughter. In these memories and so many more, she lives on. 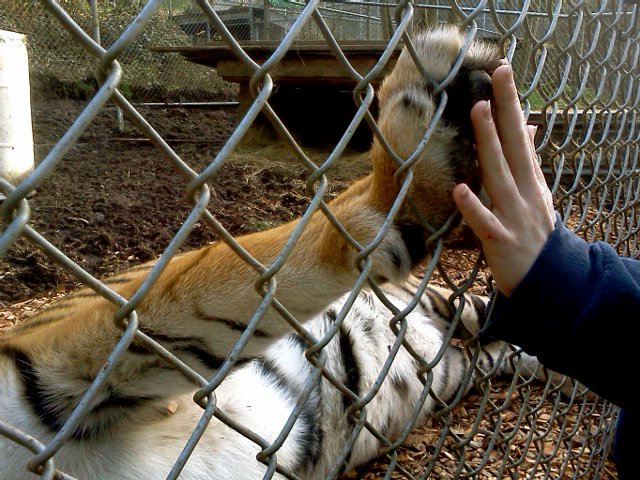